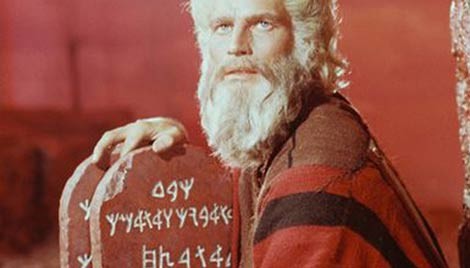 Image by Paramount PicturesImage by 20080601tencommandments.jpg Carlton Heston nor government has been willing to release their grip on public display of the Ten Commandments.

A bill that allows the display of the Ten Commandments, Lord's Prayer and other historical items on public ground has made it to the governor, where it waits his signature before going to in effect.

The idea is to collect items that have played a prominent role in the creation of our legal and government systems, and display them in a visible public way.

The bill calls for texts of these items to be placed in "The Foundations of American Law and Government display": the Ten Commandments, Magna Carta, Mayflower Compact, Declaration of Independence, 'The Star-Spangled Banner' by Francis Scott Key, Bill of Rights, Preamble to the South Carolina Constitution, Nineteenth Amendment to the United States Constitution, the national motto 'In God We Trust', the image of Lady Justice, the Lord's Prayer, Emancipation Proclamation, and Martin Luther King, Jr.'s 'I Have a Dream' speech.

The bill will be a sure mark for legal action as the public display by the government of the Ten Commandments has proved rather very controversial. It will be interesting to see what effect including other documents will have.

Rep. C. David Umphlett, Jr. of Berkeley County was the only quad-county representative to be one of the 15 members that sponsored the bill.

Charleston City Paper had some choice words to share on an earlier version of the bill.