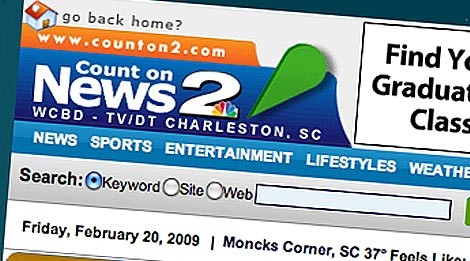 More bad news for local media: NBC News 2's staff will be required to take 10-days of unpaid leave over the next seven months due to poor ad revenue by the company as a whole.

The move was mandated by the station's owner, Media General. In the Palmetto State the company also owns the Florence Morning News, WBTW-CBS in Florence, and WSPA-CBS in Greenville.

Here's some details from the press release:

“With this furlough, along with other cost reduction measures already implemented, we are being prudent and proactive as we address the impact of unprecedented economic turmoil in our country and our industry,” said Mr. Morton.

In January, Media General announced that it is suspending the company’s matching contribution on its 401(k) plan effective April 1, 2009, through the end of the year, and the Board of Directors suspended the dividend on its common stock. These actions, together with the furlough, will provide an additional $28 million in 2009 for debt reduction.

Earlier this month The Post and Courier laid off 25 employees and other smaller state newspapers announced furloughs.