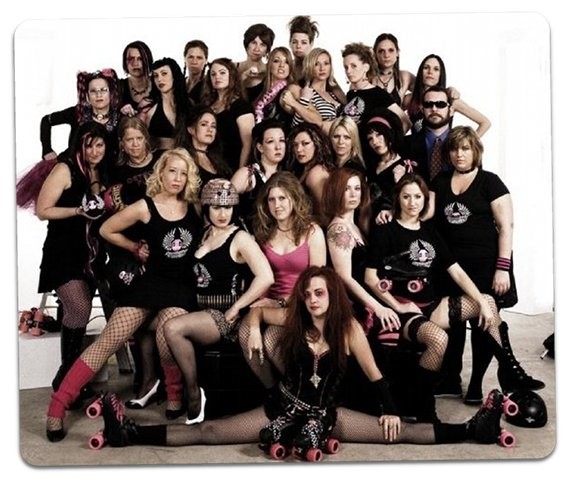 As if the girls weren't legit enough already, now it's official.

A HighRoller sent over the official WFTDA press release, and here's what it had to say:

The Women’s Flat Track Derby Association (WFTDA) is proud to announce today that the Lowcountry High Rollers have been accepted as an “Apprentice” affiliate of the WFTDA, the governing body for women's amateur flat track roller derby.

"Becoming an apprentice league takes us one step closer to bringing national attention to Charleston roller derby," said High Rollers president Marie "Attackagawea" Lockhart. "Since this league began three years ago with a handful of women on a mission of athleticism and community involvement, we have grown to 60 skaters strong with a devoted following and big plans to put this team on the map."

As an Apprentice affiliate of the WFTDA, the Lowcountry High Rollers join the ranks of more than 100 all-female, skater-owned-and-operated leagues nationwide that have united to lead the growing sport of women's flat track roller derby.

WFTDA apprentice leagues are matched with veteran member leagues who guide them in the processes and requirements necessary to become a full member of the Association. Additionally, the mentor offers advice and information related to the management and development of the apprentice league. WFTDA Apprentice leagues are considered “pre-members” of the WFTDA and have access to many of the resources and benefits of full WFTDA membership.

The Lowcountry High Rollers kick off their 2011 season Sunday, Feb. 13 at The Citadel's McAlister Field House. The All-Stars take on Mother State Roller Girls from Richmond, and the Bruisin’ Betties battle the Appalachian Roller Girls from Boone, N.C.

Congratulations to the HighRollers, you've earned it!