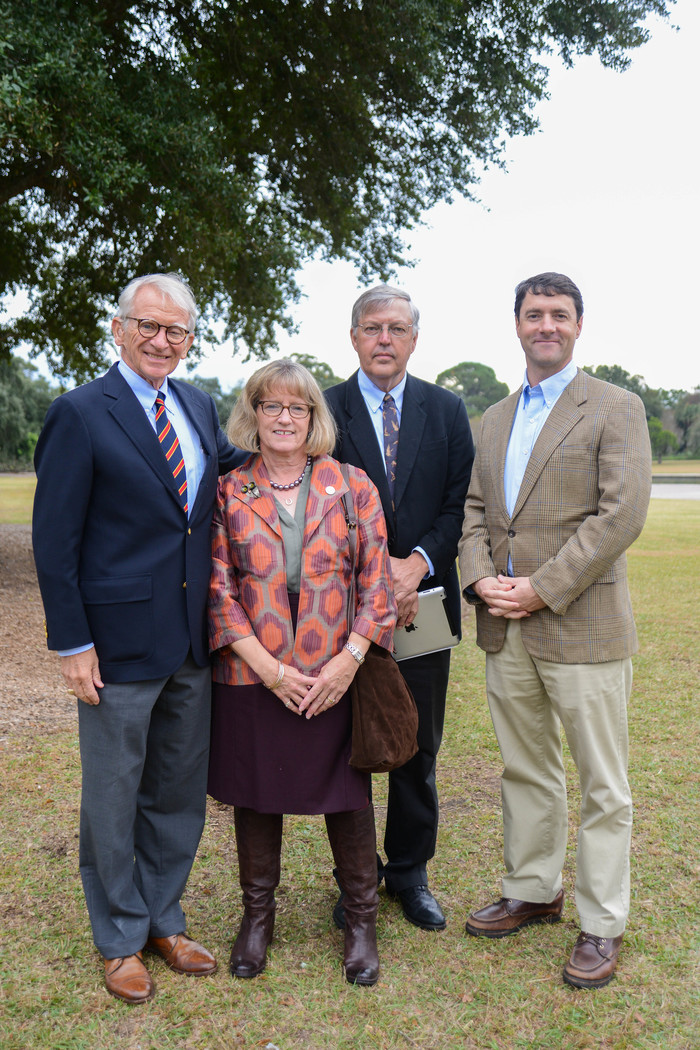 The public gathered in Hampton Park earlier today for a Wireless Workday in the Park. Hosted by the Charleston Parks Conservancy, “Get Connected” included lunchtime food trucks and a ceremonial “cord cutting” to celebrate the addition of free Wi-Fi in four more Charleston city parks.

Thanks to a $30,000 donation from The Speedwell Foundation, the Charleston Parks Conservancy worked with the Charleston Digital Corridor to add wireless access to Hampton Park, Corrine Jones Park, Magnolia Park and Community Garden and Mitchell Playground.

The Speedwell Foundation is the family foundation of Michael and Jenny Messner. Its philanthropic efforts center around urban parks and education. “Free Wi-Fi access in public parks is not just another amenity, it helps to bridge the digital divide for those citizens, especially young students, in our community who may not otherwise have regular Internet access,” Michael Messner said.

Charleston Mayor Joe Riley was also on hand to assist in “cutting the cord” to usher in more wireless access for local parks. “Urban public spaces have a role like never before. Those who study innovation are realizing that true innovation and creativity often occurs where people from different backgrounds physically come together and interact with each each other,” Riley said. “Increasingly, where that occurs is in public, shared spaces like our city parks.”

He also noted that, “Adding Wi-Fi to four more parks, including the much-used Hampton Park, means even more people can connect to - and perhaps more importantly, with each other - in these public spaces, making our community even better, stronger, and more successful.”