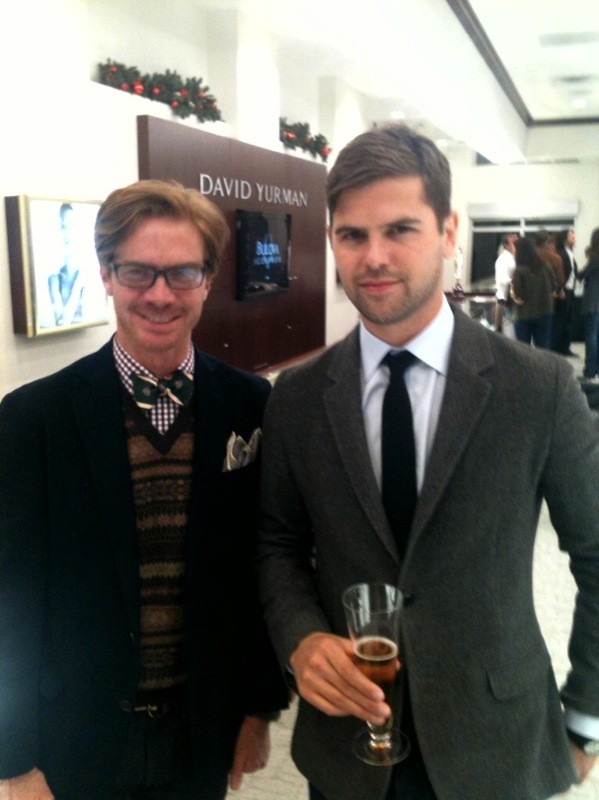 Ever have one of those days where you feel like your wildest dreams have come true ... all at once? Well, last night was kind of like that for me.

REEDS Jewelers, in conjunction with Bulova/Accutron watches, teamed up with GQ Magazine to host an intimate event at their Mt. Pleasant location last night. Brett Fahlgren, style correspondent for GQ and creative director for the Marcus Samuelsson Group, hosted the event and gave pointers on how to dress like the modern man.

The event came equipped with an iPad raffle and great stuff to nosh and drink from Mosaic. But enough about the niceties of the event. Can I just say that I had the opportunity to meet and chat with Brett friggin' Fahlgren!? Did I also mention that he's from GQ Magazine!? A dapper young fellow, Fahlgren was knowledgeable and willing to give advice to the everyday man about how he could elevate his style.

The best came when we mentioned to the predominantly male crowd that one's shoes "should not be overly pointed or square-toed, ever". My perfectly rounded laced Oxfords never shown brighter than in that very moment as my male counterparts around me sulked while looking down at their elf-like, pointed Steve Madden boots.

It was validation in its purest form.

The remainder of the event had all the pomp and circumstance that you would expect from a crowd of fashion-conscious Charlestonians; complete with a Getty Images photographer and a had full of adults who had, admittedly, "came just for the free drinks".

As far as events go, this one was modest and surprisingly satisfying considering you had to share space with brightly lit jewelry cases, spanning from wall to wall. I suppose the open bar helped keep my mind off of that.