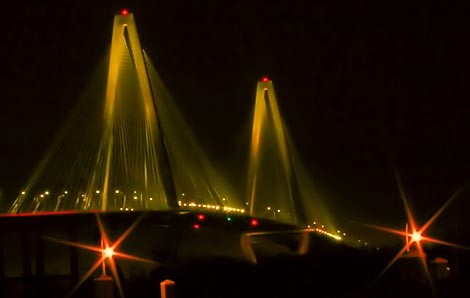 Rain, winds, and a thunderstorm could hit us this afternoon as a cold front sweeps through the area. Temperatures will drop as that front moves through: Our high today is forecast at 72, by tomorrow it is expected at 58.

Here's the forecast from the National Weather Service:
Today: Showers and thunderstorms, mainly between 1pm and 4pm, then showers likely and possibly a thunderstorm after 4pm. Some storms could be severe, with damaging winds and heavy rain. Temperature falling to around 65 by 5pm. Breezy, with a south wind between 20 and 24 mph, with gusts as high as 36 mph. Chance of precipitation is 100%. New rainfall amounts between a quarter and half of an inch possible.

Tonight: Showers likely and possibly a thunderstorm before 1am, then a chance of showers. Mostly cloudy, with a low around 46. West wind between 9 and 17 mph. Chance of precipitation is 60%. New rainfall amounts between a tenth and quarter of an inch, except higher amounts possible in thunderstorms.

Amateur weather guru Jared Smith has a write-up about some the underlying factors of the weather, in part:
Well, this sort of thing doesn’t last too long in December, and typically, these temperature differences resolve themselves with force. A fairly potent storm system is sweeping through the middle of the country, causing plenty of problems with severe weather across Texas and into Mississippi and Alabama. So, as you might expect, we’ve got a slight risk of severe weather tomorrow, which primarily hinges on how much sunshine peeks through before the front arrives. In fact, the outer portions of the storm are showing up on radar.

Until then, enjoy the warmer weather while it lasts.