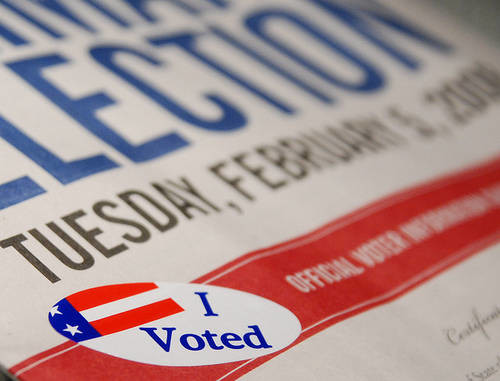 Update May 19: You'll need to remember to bring your non-expired state or federal photo id to the polls next time, or you'll be casting a provisional ballot. ﻿

The State has a solid report on the singing and the discourse that follows it in regards to the cost of enforcement, civil liberties, and disenfranchisement﻿; read the report here.

Check out the full bill here.﻿﻿

Update May 12, passes Senate: It seems the Senate has worked out its differences with the House on voter registration, adopting that version of the bill and passing it.

All that remains needed now is Gov. Nikki Haley's signature.

Hat tip to The State for spotting this one.

First reporting April 25: On the surface, requiring photo identification seems like a simple way to address voter fraud, but those who oppose the proposed requirement say it's just a way to deter the lower class from voting.

Until the most recent hotly contended elections of this past decade, the idea of voter fraud had been not really an issue, and while the proposed legislation hasn't been voted on just yet, it is just a few steps away from Governor Haley's signature (who's already voiced much support).

The Associate Press has details on what the bill's compromise was and how this may actually cost taxpayers money in the long run.

And Statehouse Report has some insight into why this may not be an open-and-shut case.