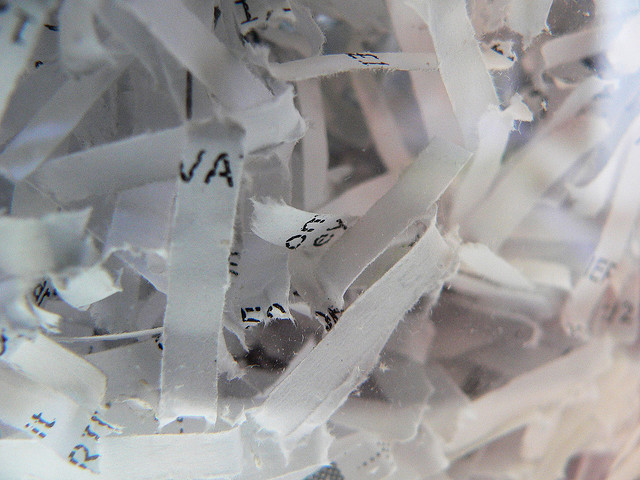 Image by Flickr user florriebassingbourn The idea, it has been, is that the Town of James Island can be no more whole than this a sheet of paper.

Following the S.C. Supreme Court's ruling that the Town of James Island's incorporation was improper, Mayor Bill Woolsey is saying there's a lot of hogwash out there about the town.

The stance against the town has been that it doesn't provide the needed services, leeches off the city, and is more expensive than other municipalities.

Obviously supporters of the town disagree, and in the wake of the City of Charleston's moves to get those in the town to secede to Charleston, Woolsey has written a rebuttal — read it at the town's website or below:

Just Say No to Joe!

I swore I would never say it…but…Just Say No to Joe!

Mayor Riley blanketed the Town of James Island with letters asking people to annex into the City of Charleston.

Please be patient and carefully consider your options.

The Town is still open for business. We are submitting a petition for a rehearing soon. We expect to continue to operate for several months before the Supreme Court renders a final decision.

We are making plans for a fourth incorporation. Unlike the past, when we had to wait for new legislation, we expect at most a short pause in Town operations. If we must close down for a time, the James Island P.S.D. will continue to provide fire protection and trash and garbage pickup as usual. Sheriff Cannon will continue to provide law enforcement.   Building Services, Planning and Zoning, Code Enforcement, and Public Works may shift over to Charleston County for a time until the Town is ready to resume those responsibilities.

Some months ago, I appeared before Charleston City Council and asked that they drop their suit against the Town. No vote was taken, but we ended up short one vote. A "maybe” turned into a “yes.” But a “yes” turned into a “maybe” the day before, and then, at the time of the meeting, it turned into a “no.”

I am repeating this story because Mayor Riley gave an angry speech at that meeting where in he claimed that the people of  the Town of James Island don’t pay their fair share. He said that we use hospitals, universities, ball parks in the City of Charleston. (Of course, when I go to the hospital, I get a big bill. When my son went to The Citadel, I had to pay tuition. And I had to buy tickets the last time I went to a baseball game at “the Joe.”)

Mayor Riley, however, believes that we should be paying higher taxes to support the City of Charleston. I don’t agree. But my point is that promises of tax savings for people who annex into the city should be taken with a large grain of salt.

Now, the people in the Town of James Island, like everyone else in Charleston County, pay the local option sales tax. That money is divided up in various ways, but part of it is returned to municipalities for a property tax credit. The credit appears on City of Charleston tax bills, and reduces the amount paid. The Town has been providing the credit by mailing out the tax rebate checks each year.

I have been working with the Charleston County Auditor’s Office (which collects taxes) and the James Island P.S.D., to arrange for the tax credit to appear on our bills as well, and reduce the amount paid. Sending out checks is expensive and an administrative nightmare.

When Mayor Riley compares property taxes, he compares what City residents pay to what citizens of the Town pay–ignoring the rebate checks. And, of course, if the Town remains closed, there will be no tax credit. Public service districts, like the James Island P.S.D., are not eligible for the Local Option Sales tax rebate.

Tax credits for next year will be reduced if the Town is closed for a time. Still, if you stay with the Town and the people support reincorporation, property taxes in the Town will be lower.

Most residents of the Town know that our twice a week garbage pick up is better than the City of Charleston. And we are much better at taking care of yard debris. Sheriff Cannon does a good job with law enforcement, and the Town has been paying to provide extra law enforcement to focus on trouble spots.

Our staff, now led by Town Administrator Hal Mason, has risen to a new standard of professional service. We are working with Charleston County and SCDOT.

But… Just Say No to Joe!