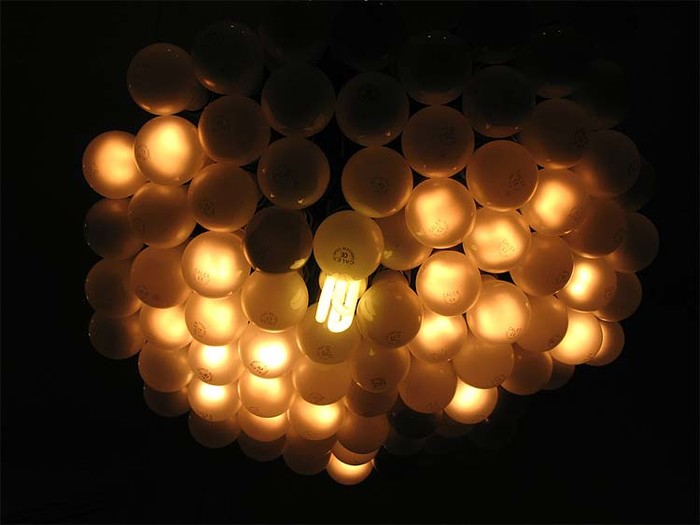 What do those three things have in common? None of them were necessary for Charleston County to shave $350,000 off their electric bills over just four months.

The county enacted its "Energy Conservation Program" in March of 2009 and the biggest cost savers consisted of turning off lights when not in use, going easy on the thermostat, and many other things a smart consumer would do at home.

Here's all the details from an e-mailed release:

Charleston County Government implemented an ambitious, internal initiative called the Energy Conservation Program in March of 2009. With the downturn in the economy and projected increases in the cost of energy, the program aims to reduce the County's electricity consumption 10 percent by the end of fiscal year 2010 (July 1, 2009 - June 30, 2010) compared with fiscal year 2008.

The County measured its progress, and according to staff, a savings of $350,000 was realized throughout the remainder of fiscal year 2009, which ended on June 30, due to the new program.

"Our tracking system shows that we've made major progress in accomplishing our goal during the first few months of the program," said Dan Chandler, Director of Charleston County's Facilities Department. "We've not only stopped the upward trend in electricity use, but also used nearly 7 percent less kilowatt hours than the year before."

County staff reported the savings to Charleston County Council on August 6 in a written briefing known as a "blue sheet" that is used to update council members.

"What is impressive about this campaign is that many of these things would have been easy to overlook," McKeown wrote. "This is a great example of our staff trying to make a difference."

Because of the program's success, the County is continuing with its initiatives during fiscal year 2010, which began on July 1, 2009, and staff is continuing to look for new ways to cut costs.

So far, some of the biggest cost savings measures have been:
· Ensuring that office lights and equipment are turned off in the evenings and when rooms are not in use.
· Setting temperatures in county buildings at a minimum cooling level of 74 degrees and a maximum heating level of 70 degrees.
· Turning off or reducing heating and cooling systems in all non-emergency and non-critical facilities during off hours.
· Replacing magnetic florescent ballast lighting with electronic ballast lighting as needed. This results in energy savings of 39 percent per fixture.
· Replacing incandescent light bulbs with compact florescent bulbs as they burn out; this results in an energy savings of approximately 35 percent per bulb replaced.
· Having over 400 Charleston County electrical bills reviewed, which revealed that three rate schedules could be changed to reduce energy costs. The new rates took effect on June 1, 2009.

Also check out this PDF of a presentation to learn more.