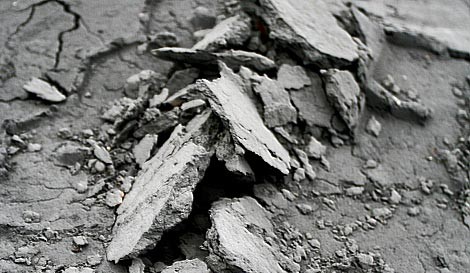 With all the heated exchanges over what to do about spent fuel from nuclear power, the coal power problem has been all but swept under the rug. And for once we're not talking about the air being loaded with carbon dioxide, or mercury, or sulfur. Nope, we're talking about a thousands of tons of toxic ash sitting precariously close to some pristine lakes like Moultrie and Marion.

In related news: A top NASA official recently met with Santee-Cooper to discourage building more coal plants.Read all about it at The Post and Courier.

It seems utterly ridiculous that we're more concerned over nuclear power's potential and manageable risks, when coal provides a plethora of other very real problems.

Update October 27: The Post and Courier has expanded their discussion on the problems of the coal ash dumps and ponds, talking about the toxicity of the areas and apparently lax enforcement of standards.
State health officials gave SCE&G permission to create a mixing zone around an unlined pond there after samples showed high levels of arsenic and nickel in groundwater. Later, DHEC let SCE&G expand the zone when a newer ash pond also began to taint groundwater. Now, tests show that contamination has spread to the mixing zone's border and beyond.