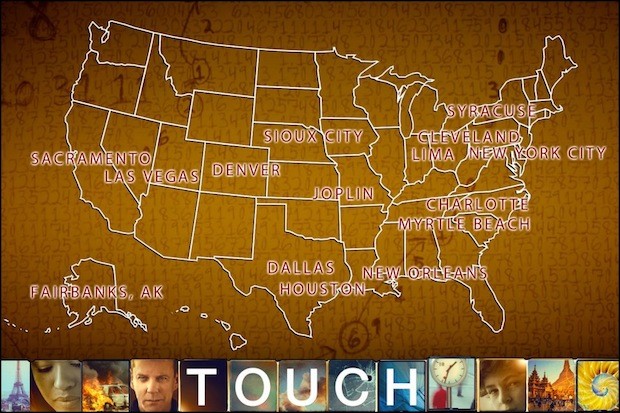 Touch is a new TV show about people's lives that are interconnected in very unexpected ways. As a part of a promotion for the show, they have distributed phones to 15 cities and Myrtle Beach was listed as the initial city.

According to their Facebook post, they expect the phones will quickly travel to 15 other cities. ﻿I caught up with Steve Albright, Director of Programming at our local FOX station WFXB for more details.

According to Albright, the stated goal for the Touch Phone Project is "to completely document on a daily basis the connections between people. To share the pitfalls, the pratfalls, the pretty (and not so pretty) day to day details of what it means to be human." ﻿

Anybody that receives a phone is instructed to take care of it and to expect random calls including further instructions on what to do with the phone. WFXB may post more information on their Facebook page as the experiment develops.

The show previewed on January 25, 2012 with rave reviews and will premiere locally on WFXB on March 19. Kiefer Sutherland plays the lead character in the show who has a son named Jake (David Mazouz﻿) that can see the present, past and future all at once. The only things that keep Jake pacified are orange soda and cellphones, which dad gets from the lost and found at JFK airport, where he's working as a baggage handler.

FOX television stations around the country have mentions of the project on their Facebook pages (mostly photo albums like here and here), but no other information on the Touch Phone Project is given yet.

(Hat tip to Deana of Groovy Green Glass for the heads up!)