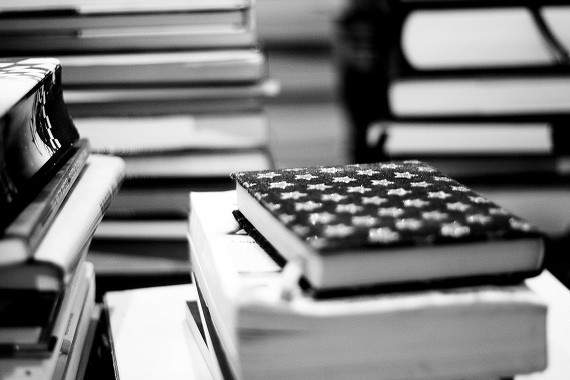 Update: Get the update here.

Update May 25: The case against the jail's no-staples-allowed stance has thickened with an affidavit filed that includes remarks from a Supermax prison saying allow books and other texts presented little issue.

And now it seems the case is on route to trial, with a jury set for selection January.

I'll point you over to an Associated Press report for more on the latest turn; read it here.

Get the backstory by scrolling down yonder.

Update May 17, of staples: Berkeley County jail plans on using staples as part of their defense in the reading material restrictions lawsuit.

On Monday, while U.S. Justice Department officials visited the jail, attorney Sandy Senn walked through the jail showing the damage that staples such as those binding Prison Legal News can cause.

That's right--the jail is trying to say that they ban all reading materials except the Bible because of staples.

Staples can be used as makeshift tattoo guns, to destroy locks, and manipulate wiring. But, as ACLU National Prison Project Director David Fathi points out, the Berkeley County Jail still sold legal notepads for three months after the lawsuit was filed...and those notepads have--you guessed it!--staples.

Sounds like a ridiculous defense to me. But then again, I'm not a lawyer.

For more details about the staples defense and the lawsuit, check out the report in The Post and Courier here.

The State has a brief that includes a few more details about the visit; check them out here.

Update May 4: A quick update here to note that Justice Department's desire to be added to the case has been granted by U.S. District Judge Margaret Seymour﻿.

Head over here to check out The Associated Press' brief.

Update May 1, still going: Many months later, the lawsuit and debate drag on, and now the U.S. Justice Department﻿ is looking to intervene to press the censorship situation at the Berkeley County﻿ jail.

With that bit of news, The Post and Courier﻿ has done a much expanded report and has much back in forth debate about why the jail says it can't allow many materials and why others call their defenses indefensible.

First reporting October 7, 2010: 'Prison Legal News', an inmate-subscriber magazine dedicated to protecting human rights (and dependent upon inmate subscribers), is at the center of an ACLU lawsuit against Berkeley County's Sheriff Wayne DeWitt and county jail officials for denying inmates access to reading materials other than the Bible.

The case stems from a 2008 complaint by an inmate, and since then, a dozen other inmates have followed suit.

In an e-mail, a Sergeant at the Berkeley County Detention Center sent this to Prison Legal News, "The official policy of the jail is, that inmates are only allowed to receive soft back bibles in the mail directly from the publisher. Inmates are not permitted magazines, newspapers, or any other type of publication."

It's not clear if the publication also tried to send other religious texts, though the officially policy appears to forbid it.

The Post and Courier's got more on this story, you can read the full legal filling here.