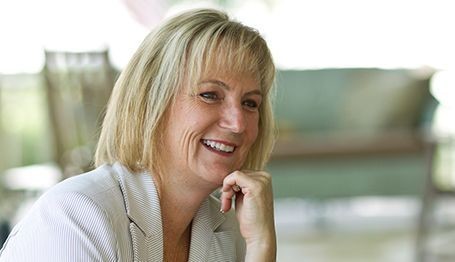 Margaret Donaldson, ASID has been officially selected to participate in an exclusive event called “Perspectives New York” hosted by Sunbrella. Donaldson was one of only thirteen interior designers to be chosen for this event. Donaldson will be traveling to New York City to showcase her work from Tuesday October 28 2014 through Wednesday October 29 2014.

Margaret Donaldson is a native of Charleston, South Carolina and founded her own company, Margaret Donaldson Interiors (MDI) back in 1988. Since then she has built her business into a nationally recognized interior designing firm. Donaldson is an advocate for natural and historical preservation and has worked on many interesting projects such as a 19th century plantation, various Charleston homes listed on the national historic registry. Donaldson has also completed renovation work for a historic kitchen house and received national recognition on HGTV’s “Interiors by Design.”

Donaldson holds the key to finding the perfect balance between creative, functional, livable spaces and her client’s personal dreams and desires. Donaldson is most well known for her creative use of colours and textures, her work has been incorporated in many homes on Kiawah, Seabrook, Edisto and Fripp Islands. She was invited to participate in Perspectives New York because of her unique vision of luxury design by using Sunbrella fabrics in her interior designing projects. In 2006, Donaldson was one of the first interior designers to incorporate Sunbrella fabrics for indoor use while designing the Southern Living Idea House on Daniel Island, SC.

In celebration of the company’s traditional groundbreaking designs, Sunbrella is hosting the event “Perspectives New York.” The company invited only the country’s leading, up-and-coming interior designers to share their unique visions of creative excellence from using Sunbrella fabrics. The design event will be held at the Highline Stages in New York from Tuesday October 28 through Wednesday October 29 2014. The event will bring five designs to life with full scale vignettes that offer an inspiring exploration of the Sunbrella style.

Sunbrella started out as an industrial awning fabric in only six colours, and since turned into a leading fabric designer for awnings, marine tops, accessories, indoor and outdoor furniture. For over thirty years, the company has been pushing the envelope and leading the fabric design market with many extensive styles, colors, and top quality performance. Sunbrella is used in a variety of innovative new products and offers creative solutions for design.