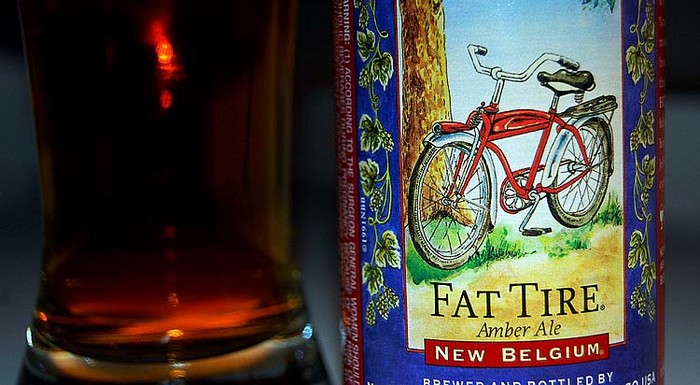 The highly anticipated debut of New Belgium's award-winning beer "Fat Tire Amber Ale" has finely made its way to the Lowcountry.

For the first two months, beer connessiours will be able to buy 22 ounce "bombers" from their favorite local beer grocer, including The Charleston Beer Exchange, Earth Fare, and Whole Foods, as of today. The first ten thousand cases will have South Carolina commemorative labels on their bottles.

Most bars and restaurants with varied beer lists, including, Poe's Tavern, Gene's Haufbrau and The Griffon, will carry the "bombers."

The Fat Tire team will be traveling on Sullivan's via bike to help introduce the beer, and will most likely buy you one if you ask them to.  Look for them starting at Wild Wings on Thursday, June 4, at 5 p.m, and making their way to all the Sullivan's establishments, including Poe's Tavern and the new Home Team Barbecue.

The Charleston City Paper has an extended write-up on the new ale and also points out some additional spots the Fat Tire team will be in town.

Contact Chris Winn at cwinn [at] newbelgium.com for any fanmail, retail questions, or just general inquiries.