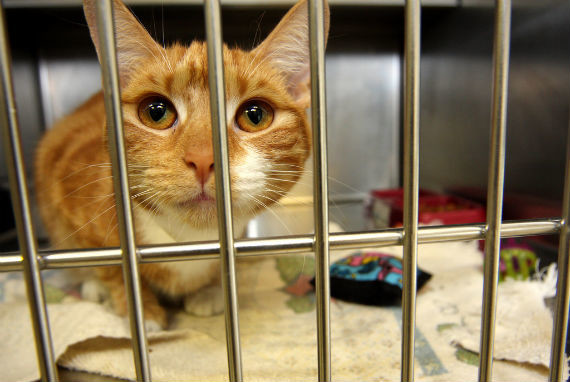 The Charleston Animal Society is reaching out to Lowcountry residents for help placing hundreds of pets in homes.

The animal shelter is swamped and overflowing with homeless animals. On Tuesday night, the shelter took in nearly 50 domestic animals that were seized from a rural home in Huger.

And then last night, even more animals arrived when 62 dogs and cats were dropped off after being transported from the Humane Society of Memphis to make more room for animals affected by the natural disasters plaguing that area. And they're expecting thousands more animals to come to the Lowcountry if the flooding in that area of the southeast continues to worsen. At point, the Charleston Animal Society has reached capacity with approximately 380 pets in need of loving homes.

The Charleston Animal Society welcomes monetary donations as well as pet food, towels, cages, chicken feed, and similar items. But what are they looking for most? Loving homes for the animals.

The CAS will be at the Summerville PetSmart (470 Azalea Square Blvd.) Friday through Sunday for an adopt-a-thon and will also be downtown in Marion Square on Saturday to find homes for the sheltered animals.

The Post and Courier has a great report on the situation here, and Live5News.com has a good brief and video over here.