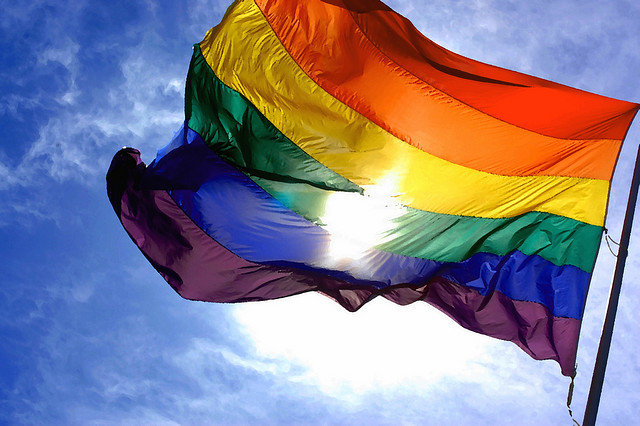 3:00 pm on Monday May 16, 2011 | Posted by Ken Hawkins
Gay pride parade due to return to North Charleston (post-event update)

Update May 16: By all accounts and measures, Charleston Pride 2011 was as great success.

The three days of celebration finished off with a bang on Saturday in North Charleston with a parade, rally and numerous after-parties. With over 4,000 people in attendance, more parade entries and absolutely no protestors, it is safe to say the event accomplished it's goal of raising awareness and promoting equality in the Charleston area.

Charleston Scene has a nice post-event round-up along with some photos from Saturday's rally; you'll find both right here.

Update May 9: With Charleston Pride less than a week away, we've got some fresh info on all of the activities and fun scheduled before, during and after the big day.

Absolute Vodka is sponsoring the 2011 Pride Festival and Rally on May 12 - 14 and is inviting the everyone to “Catch the Wave of Equality” during Saturday's parade.

Below is the schedule of events taking place all around town leading up to the parade:

And during the "Catch the Wave of Equality Rally Event" on Saturday:

On May 12th, If These Walls Could Talk 2 will play at 7 p.m. and will be followed by A Single Man at 9 p.m. Both will be screened at the Old North Charleston Picture House located at 4820 Jenkins Avenue in North Charleston.

Jump over to the Facebook invitation for everything you need to know.

First reporting: After a successful first year, Charleston Pride is prepping to put on a similar parade celebrating gay rights in North Charleston on May 14.

Charleston Scene caught up with group chair Bastian Fennell and has the most details I've seen so far; take a read of the brief here.