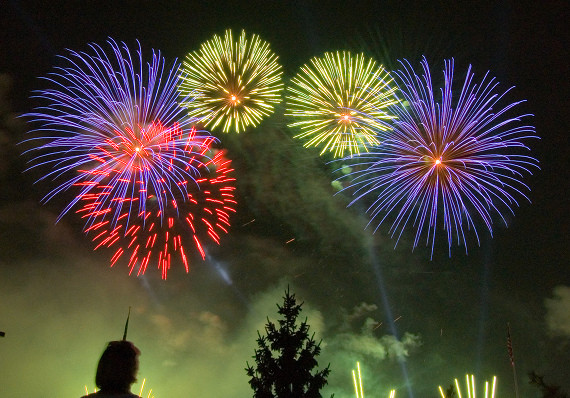 1:27 pm on Saturday July 3, 2010 | Posted by Amanda Click
A rundown on Fourth of July celebrations (and non-4th celebrations)

NBC News 2 has compiled a bomb dot com list of Fourth of July celebrations taking place in Charleston and the surrounding areas.

All the bases seem to be covered in their post (both fireworks displays and non-fireworks events), but if anything else pops up in the upcoming days we'll be sure to pass along all the details.

Go on and take a read.

The Charleston Regional Business Journal has also made a list of Independence Day events throughout the Lowcountry. Check it out here.

Absent from that roundup ...

The festivities at Daniel Island's "Island-Wide Block Party" on Friday, July 2 from 6 to 9 p.m., and pancake breakfast and parade on the 3rd. Get the details here.

The Tattooed Moose just sent out a Facebook invitation to their Fourth of July Extravaganza. The party kicks off at 10 p.m. with live music from Jason and the Juggernauts. Sparklers and drink specials will be provided. No cover charge!

Finally, give your grill a break this Independence Day and join the South Carolina Aquarium in celebrating the Fourth of July with over 5,000 aquatic friends, breathtaking views of the Charleston Harbor, delicious food, and music.

The Charleston City Paper has a weekend round-up including a few other events taking place this holiday weekend. There's some improv, some outdoor movies, some local theater and more ready and waiting for you.