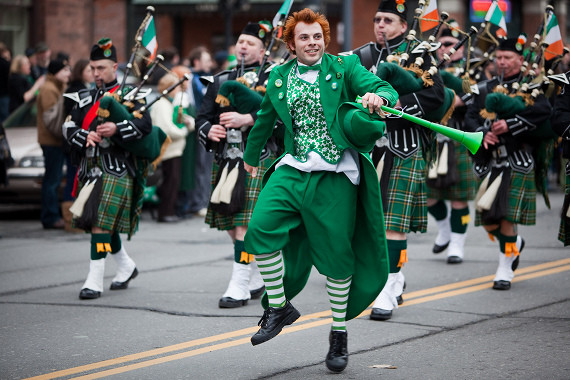 Park Circle will once again be the place to be for one helluva St. Patrick’s Day celebration.

Since it may be a struggle to make it through the official Sunday Funday St. Patty's day this year, they'll be holding the parade and block party on Saturday, March 16, from 12 to 8 p.m. Get your drinking pants on because the green beer will be flowing, live music will be pumping and activities for all ages will be in full swing.

Attendance reached the 15,000 mark last year, so yes, this is kind of a big deal!

Parking and attendance are free, but bring cash and your ID to get the good times rolling.

This year’s party will kick off with a parade starting at Park Place East at 12 p.m. The parade route will go down East Montague Avenue to the block party location near Virginia Avenue. The parade Grand Marshalls will be Madra Rua Irish Pub owners, Robert Spencer and Stephen O’Connor, who recently celebrated the 10th anniversary of the pub’s opening.  North Charleston's Mayor Keith Summey, the North Charleston High School band and many other local groups will also participate in the parade.