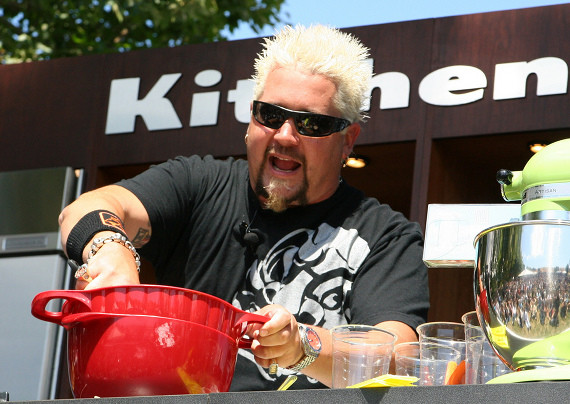 Update February 20: Another local restaurant will be featured on the Food Network's 'Diners, Drive-ins and Dives' tonight, and at the plate this week is the Glass Onion.

Update February 6: To celebrate the airing of their restaurant on the show, Fuel will be hosting a viewing party on Monday, February 13th.

Leading up to the episode, which premiers at 10 p.m., Fuel will be live music, food and drink specials.

Here's the event details, from Fuel:

Watch it with us @ FUEL! Doors open at 4pm. We'll have live music and drinks specials. We have partnered with theLowcountry Foodbank for this event so bring a canned good to donate and help fight hunger. FUEL will donate a portion of the evening's proceeds to the foodbank.

Be sure to try one of some of the dishes featured by Food Network's Guy Fieri: Braised Pork Tacos, our Jerk Chicken Sandwich, or Ho Cakes! .

If you can't make it, you can still watch Diners, Drive-ins, and Dives at 10PM and watch your favorite restaurant!

First reporting: Guy Fieri, the epically blonde host of the Food Network's "Diners, Drive-ins and Dives" was in town this week munching out at local restaurants in front of a camera crew.

Fieri and his crew visited Summerville's Perfectly Franks, the Glass Onion, Tattooed Moose, Early Bird Diner, Fuel, and Dixie Supply, Bakery & Cafe. The segments he filmed all have the potential to be featured on the upcoming season of the his hit show.

The Post and Courier has an article with a lot about Fieri's stop at Perfectly Franks while Fuel's Facebook page has a post on what he opted to eat while at their establishment.