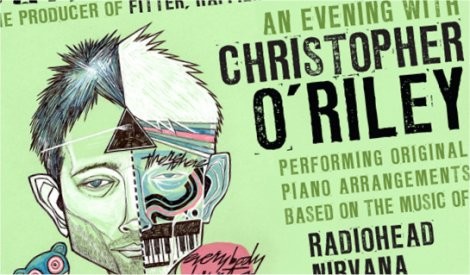 Famed composer and pianist Christopher O'Riley is making his Charleston debut at the Music Farm on Saturday, May 23.

His most famous recording, Radiohead’s "True Love Waits" album, was awarded four stars in Rolling Stone magazine. In a streak of debuts, following his first conducting performance with the Columbus Symphony Orchestra last Friday, the concert, concurrent with the opening weekend of Spoleto Festival USA, will be O’Riley's Charleston debut.