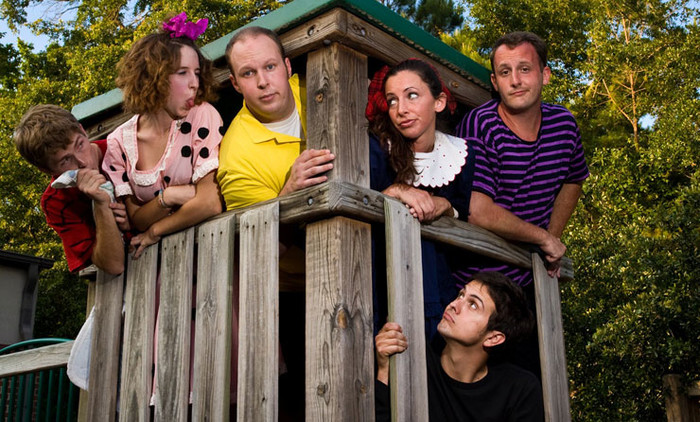 The Company Company is putting back on the popular musical, "You're a Good Man, Charlie Brown."

Here are all the details from an e-mailed press release:

Don't miss the return of last summer's hit, You're a Good Man, Charlie Brown! The Company Company and Boone Hall Plantation present a special, 90-minute Coffeehouse Theatre version of this beloved show at the beautiful and historic Boone Hall Cotton Dock. The Tony award-winning, hilarious Broadway musical comes back to the Lowcountry for a limited run with an all-star cast, giving everyone a chance to get up close and personal with the whole Peanuts Gang. Share cookies with Charlie Brown or hot chocolate with Snoopy and watch them, along with Lucy, Sally, Linus and Schroeder, tackle life’s big questions at the psychiatrist’s booth, Snoopy’s dog house, Schroeder’s toy piano and on the baseball field. Guests can savor the coffee and wine bar as well as tasty treats.

You're a Good Man, Charlie Brown is directed by Broadway veteran Maida Libkin and produced by The Company Company--for 10 years, Lowcountry leaders in music theatre!  The musical comedy enjoyed a Broadway revival in 1999. Hit songs include “Happiness”, “My New Philosophy” and “Suppertime.”

Maida Libkin, director, states, “You’re a Good Man, Charlie Brown has become a part of American culture because everybody can relate to the characters. The story appeals to all ages because it is so human. It has tremendous pathos but it’s funny!”

The cast features Charleston’s top, young talent: Jamie Smithson, Robbie Thomas, Johanna Marie Schlitt, Elizabeth Ferraro, Corey Webb and Ryan Ahlert. Maida Libkin directs and accompanies the show. She is an accomplished director, conductor, pianist, vocal arranger, and educator with several international and Broadway credits, including Jerry’s Girls, starring Carol Channing and Leslie Uggams. Locally, she served as musical director of Company and Tintypes as well as stage and musical director of The Fantasticks, Into the Woods, A Little Night Music, She Loves Me, Urinetown: The Musical and Gyspy. She is also the artistic director for The Company Company.