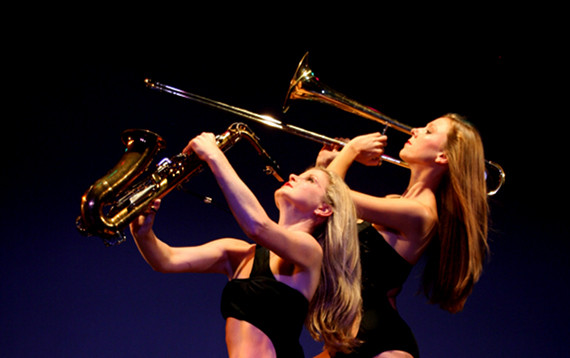 4:36 am on Thursday January 20, 2011 | Posted by Amanda Click
Immerse yourself in 'The Ellington Experience'

For the first time in Charleston arts history, the Charleston Ballet Theatre and Charleston Jazz Orchestra are join forces for a one night only performance of Duke Ellingtonʼs landmark 1966 album 'The Far East Suite' in its entirety.

The show entitled The Ellington Experience will feature members of both groups performing together live on stage at The Charleston Music Hall on February 12th.

With live accompaniment featuring members of the legendary Charleston Jazz Orchestra, Resident Choreographer Jill Eathorne Bahr constructs an evening like no other with new and fully en-pointe choreography set to the music of the most brilliant jazz composer of the 20th century, Mr. Duke Ellington. Bahr takes inspiration from Mr. Ellington's The Far East Suite album, created by Ellington after a world tour he and his orchestra took in 1963 and released a few years later. The Far East Suite is unique in its composition for its myriad of eastern influences, from Indian, Middle-eastern and Oriental and is a result of Ellingtonʼs journeys as a global ambassador representing the musical influence of the United States abroad in the early 1960s.

Collaborating with members of The Charleston Jazz Orchestra, featuring Director Charlton Singleton and an entire rhythm section, the Charleston Ballet Theatre will display the beauty and intensity of the fusion of live dance and music. This event continues the season trend of dance with live music set by the previous and well received Ballet Unplugged Live! from this past fall. The companyʼs principal dancers, including Stephanie Bussell, Stephen Gabriel and Jennifer Muller, will perform an athletic, elegant and entirely en-pointe ballet for this unique world premiere jazz and dance extravaganza. Sponsored by Charleston Magazine, this is a one of kind event both organizations promise will be the talk of the town for weeks to come.