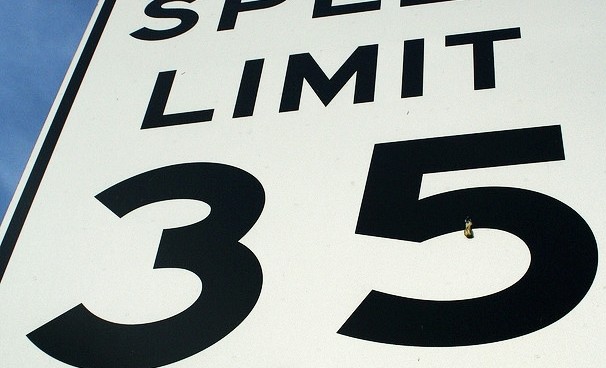 3:38 am on Monday January 30, 2012 | Posted by Ken Hawkins
'Town' speeding tickets given during primary coverage in S.C. cast a poor light

It's a first rule of business: Where there's heightened﻿ demand, squeeze every penny you can out of the situation.

So it's not surprising to hear that journalists covering the primary debates and voting are seeing doubled and tripled rates at hotels near the battleground, nor is anyone surprised to hear about small town speed traps where cops await zoned out drivers too slow to react to a speed limit that drops from 55 to 35 MPH in a short span.

However the making of a situation in South Carolina over on Highway 378﻿ from Myrtle Beach to Columbia is surprising, namely the actions of the Town of Turbeville (map below).

Over at the Columbia Journalism Review Ben Adler writes, in part:﻿

You will pass through the tiny town of Turbeville, and the speed limit will drop to thirty-five miles per hour. I was breezing through when I got pulled over. “Where are you in such a hurry to get to?” the cop demanded. He handed me a ticket, which, he noted, would be written up under the town ordinance instead of state law, thus saving me from getting points on my license. He was already leaving when I asked how much it was. “You’ll find that on the ticket,” he said. He was gone by the time I realized that I was about to be charged $388. When I pulled back onto the road a few minutes later, the cop had already pulled over someone else.﻿

Adler's experience was not alone and he writes of many others who suffered through the same scenario and even one man who fought it to no avail.

It's an unfortunate situation that can't but cause many in the media to think poorly of South Carolina when returning to our state in the future.

And now some helpful advice: if I were one to receive such a ticket, I'd follow up to be sure that Turbeville is still reporting the "town ticket" to the state and forking over the proper portion of revenue, because if they're not, the town may well be breaking state law themselves.

And one South Carolina town paid a hefty fine for doing that.