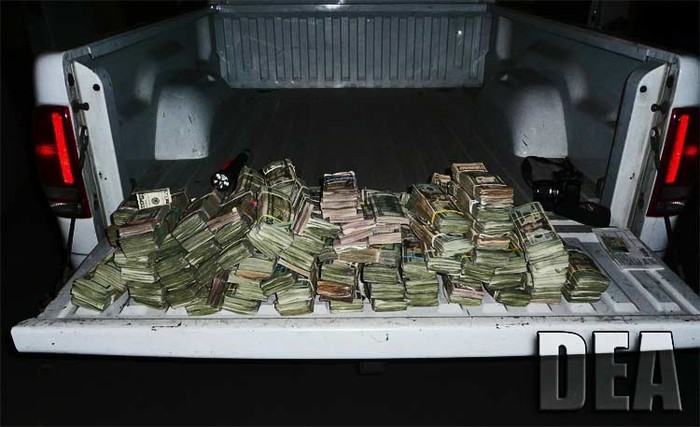 Image by DEA To date, Project Coronado has led to the arrest of 1,186 individuals and the seizure of approximately $33 million in U.S. currency, 1,999 kilograms of cocaine, 2,730 pounds of methamphetamine, 29 pounds of heroin, 16,390 pounds of marijuana, 389 weapons, 269 vehicles, and two clandestine drug labs.

The 18-person jury was selected yesterday for the March 7th trial of six men belonging to a Lowcountry cell of the infamous La Familia gang.

The cartel has earned a reputation for dominating the nationwide methamphetamine trade and for graphic violence, including beheadings.

Fourteen people have been arrested in South Carolina as part of the largest single strike at Mexican drug operations the United States (map).

The violent drug cartel has earned a reputation for dominating the methamphetamine trade and for graphic violence, including beheadings. These aren't the kind of people you want in your neighborhood, but after yesterday's raids, their strong presence in the Lowcountry is all too apparent.

Be sure to take a look at the amount of drugs taken off the streets, the photos will shock you.

The Post and Courier has a piece on the Robin Hood style criminals that make up La Familia.

As usual Wikipedia is an excellent starting point for further reading.